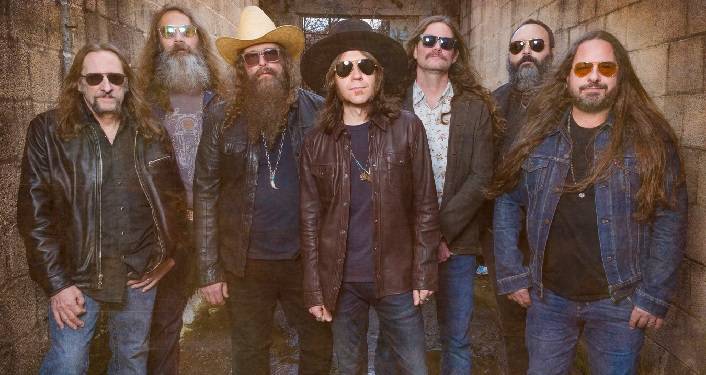 American rock band Blackberry Smoke is bringing their Rasslin’ Is Real Tour to the St. Augustine Amphitheatre on Thursday, July 7, 2022.

The band has also had unparalleled success with sales of each of their last albums.  In 2015 they released “Holding All the Roses”, which was the first independently-released record to hit #1 on the Billboard Country album charts in modern history.  “Like An Arrow” followed in 2016, again putting them at #1.  2018 saw the band outsell all other releases with their self-produced “Find A Light” plus the acoustic accompaniment, “The Southern Ground Sessions”.  Most recently, in 2019 Blackberry Smoke released “Homecoming: Live in Atlanta”, a recorded performance from their annual show in the band’s home town.  Also debuting at #1 on Billboard’s Americana/Folk sales charts. This became the 4th consecutive album for Blackberry Smoke to be atop the charts.

In addition to their success domestically, the band has also had #1 Rock, #1 Independent, and #1 U.K. Americana album chart releases in the United Kingdom and Europe.