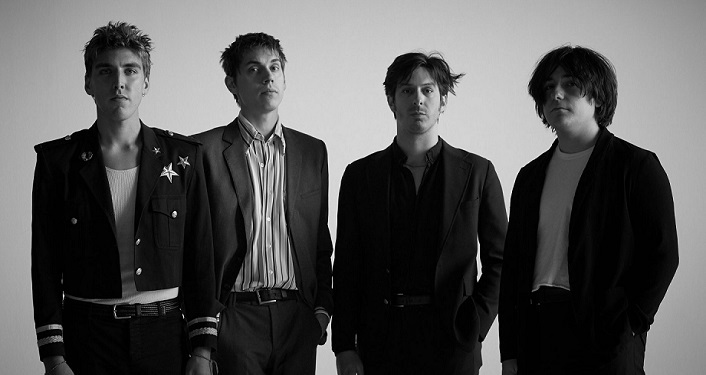 Los Angeles Indie-Rock Group Bad Suns will perform at the Ponte Vedra Concert Hall on their “Mystic Truth Tour” with special guests Liily and Ultra Q on Monday, September 30, 2019.  Although the band members are relatively young, Bad Suns have taken cues for their sound from ’70s and ’80s post-punk pioneers like The Cure and Elvis Costello, blending the angsty songwriting influences from those legends with a brighter, more contemporary hook-heavy indie rock sound.

Bad Suns’ debut single, “Cardiac Arrest”, went viral in 2013, leading to a deal with Vagrant Records, the 2014 release of the TransposeEP, as well as their debut album “Language & Perspective”, which hit #24 on the Billboard 200 and led to massive tours supporting Halsey and The Neighbourhood. Shortly after, a tour with the 1975 and appearances at festivals like SXSW and Coachella followed as they readied their sophomore album, “Disappear Here”, which released in September 2016.

Their third full-length album, “Mystic Truth”, gets its title from a piece of art that vocalist Christo Bowman stumbled upon while visiting London’s Tate Modern on tour. Created by Bruce Nauman in 1967, the neon-and-glass piece spells out a possibly paradoxical statement in blue spiraled cursive: “The True Artist Helps the World by Revealing Mystic Truths”.