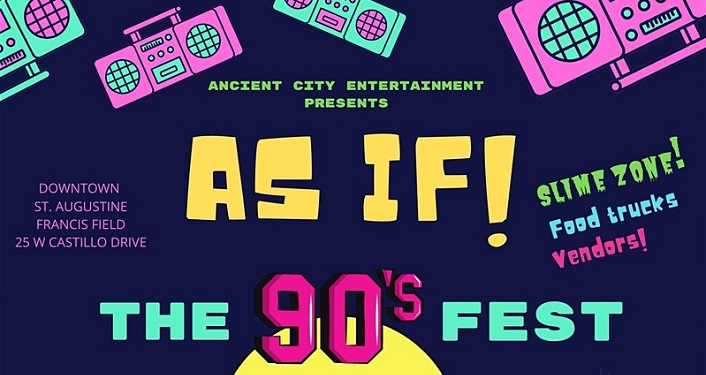 
Get ready to party like its 1996.  Ancient City Entertainment presents AS IF! North Florida 90’s Fest from 12:00pm to 9:00pm at Francis Field.  This family-oriented summer kickoff party is dedicated to the decade that was ALL THAT and a Bag of Chips!

Transport back to the 90’s with an all-day concert lineup!  1990s rock band, Eve 6 headlines the event. Formed in 1995 in Southern California, they disbanded in 2004, then reunited with all three original members in early 2011.  These platinum-selling artists are known for their hit singles “Inside Out”, “Here’s to the Night”, “Promise”, and “Victoria”.