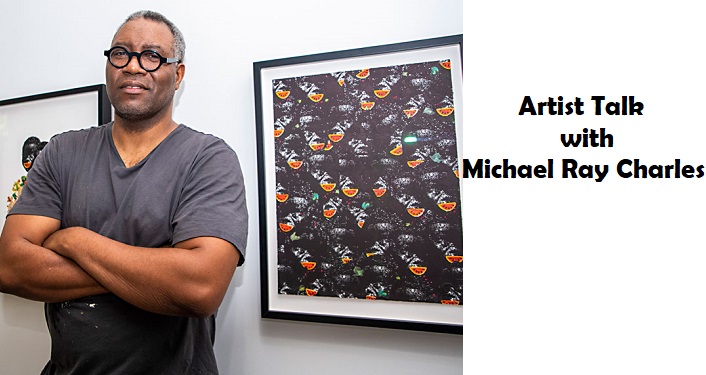 Charles creates a mimetic vocabulary of cultural, racial, and historicized images to subvert those themes and explore surviving caricatures that continue to appear in popular media, such as Aunt Jemima or Sambo.  “Stereotypes have evolved. I’m trying to deal with present and past stereotypes in the context of today’s society”, the artist has said.

His work has been both critically celebrated and the source of controversy. In 2001, Charles was the subject of an Art:21 short documentary.  He was appointed as the Hugh Roy and Lillie Cranz Cullen Distinguished Professor of Painting in 2014 at the University of Houston’s School of Art.  And, Charles has exhibited internationally; notably in the Austin Museum of Art, the Knox Art Gallery, and The Museum of Modern Art in New York.

This event is Sponsored by Flagler college’s Department of Visual Arts and Supported by the Kenan Charitable Trust.