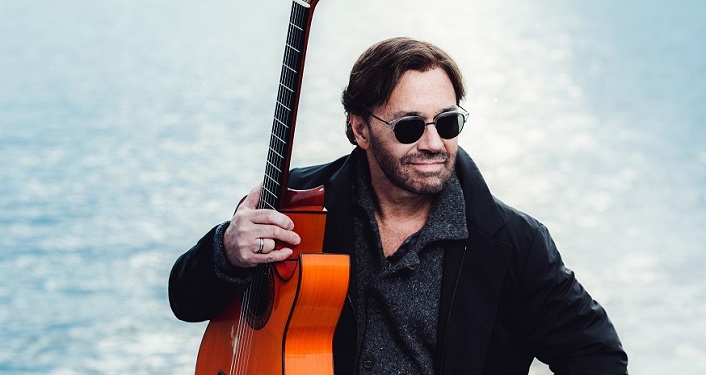 World music and Latin-jazz pioneer Al Di Meola will be performing two shows on The Backyard Stage at the St. Augustine Amphitheatre on Sunday, March 28, 2021.  Originally, he was scheduled to perform at the Ponte Vedra Concert Hall on Friday, March 26, 2021.  That concert has been cancelled.

Al Di Meola’s ongoing fascination with complex rhythmic syncopation, combined with provocative lyrical melodies and sophisticated harmony, has been at the heart of his music throughout a celebrated career. His career has spanned four decades and earned him critical accolades, three gold albums and more than six million in record sales worldwide.

His dazzling technique on both acoustic and electric guitars has afforded him regal status among the hordes of fretboard fanatics who regularly flock to his concerts. The depth of Di Meola’s writing, along with the soulfulness and the inherent lyricism of his guitaristic expression, have won him legions of fans worldwide beyond the guitar aficionado set.