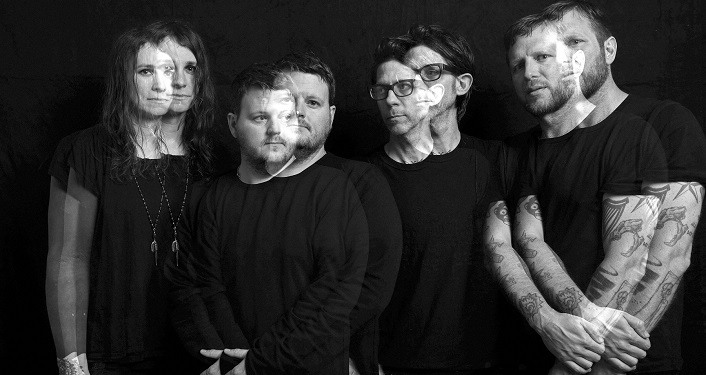 Against Me! at Backyard Stage

Gainesville punk band Against Me! will take over the Backyard Stage on Wednesday, March 25, 2020.

Against Me! was formed in 1997 by singer/guitarist Laura Jane Grace as a solo act.  By 2001, she’d beefed up her sound with the help of a full band — including guitarist James Bowman, drummer Warren Oakes, and bassist Andrew Seward. But, there would always be some anarchism. After a few initial 12″ and 7″ releases, Against Me! issued the fan favorite “Reinventing Axl Rose” in 2002. The underground hit blended elements of punk, folk, and country into socially conscious and impassioned anthems. Continuing their reputation of always being on the road, the musicians logged countless tour dates around the country in support of their early material.

Grace came out as a transgender woman in 2012. With the success and acclaim that followed “Transgender Dysphoria Blues”, Grace found herself more than just a popular musician. She’d become a spokeswoman for a generation of people coming out amid higher visibility and greater challenges for the trans community.

Visit the Amp website for additional information and to purchase your tickets. Tickets are also available for purchase at the St. Augustine Amphitheatre and Ponte Vedra Concert Hall box offices.