In Vino Veritas, In Aqua Sanitas 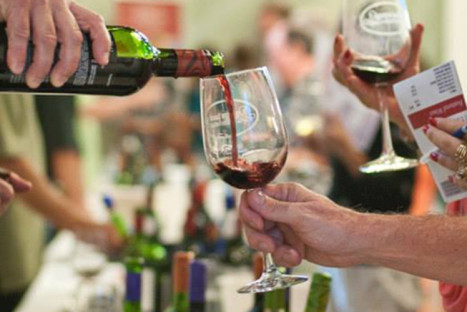 The Latin phrase above translates to “In wine, there is truth. In water, there is health.” Which makes our fair city the perfect spot for the St. Augustine Spanish Wine Festival.

Many historians, laymen and any wine-lovers claim that in this legend there is truth: when the Spaniards landed in St. Augustine almost 450 years ago, their mighty ships were filled with more barrels of wine than water. So there’s health, too. They did have water. They just happened to have more wine.

St. Augustine’s 450th Birthday Is on Its Way

So the Spanish brought both truth and health to St. Augustine, which is perhaps why the city has managed to maintain its honorable truth as the oldest continuous settlement in the United States. 2014 marks St. Augustine’s 449th birthday, and the St. Augustine Spanish Wine Festival has been a part of the three-year-long celebration leading up to its 450th birthday next year.

A New Legend in the MakingThe week-long festival event pops the cork on its celebration on September 9 with its Kick-Off Luncheon, featuring Spanish-inspired fare crafted by First Coast Technical College’s Culinary Arts Program students. After lunch, St. Augustine’s thoughtful, charitable and celebration of fine Spanish wine flows bountifully through the entire week, featuring an enticing bouquet of great events, all capped off with the one-of-a-kind Batalla de Vino at Francis Field–a game that’s kind of like a water-gun fight–but with wine!

“Indescribably fun,” is how Charlie Seraphin, Marketing Strategist for the St. Augustine 450th Commemoration, describes it. He says it was Barry Broudy’s 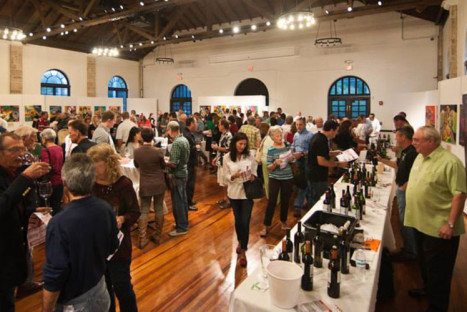 idea, and that initially, Seraphin wanted nothing to do with it. That is, until he did become part of it. “I couldn’t stop laughing through the whole thing,” he says, adding that an 80-year-old couple showed up for the festivities, and they couldn’t believe it. But the couple was game, and as soon as they were squirted with several cupfuls of red wine, it was on.

“Anyone not participating is really missing out,” he says.

A Celebration of Community

One of many wonderful factors of this festival? Its inclusion of the entire community, especially the local and regional businesses and organizations that make the festival possible. Presented by Wells Fargo and sponsored by: The St. Augustine Record; Celebrate 450 Years–St. Augustine; Publix; Southern Wine and Spirits of North Florida; The Raintree, Black Fly–The Restaurant; Broudy’s, and Michael’s Tasting Room. The Festival’s Masters of Ceremonies are locals, too–newscasters from Channel 4 WJXT–Tarik Minor, Mary Baer and Kent Justice. Tarik Minor will host Vino Veritas on September 11; Mary Baer will host the Cava Reception & Dinner on September 12; and Kent Justice will host the Batalla de Vino on September 13. 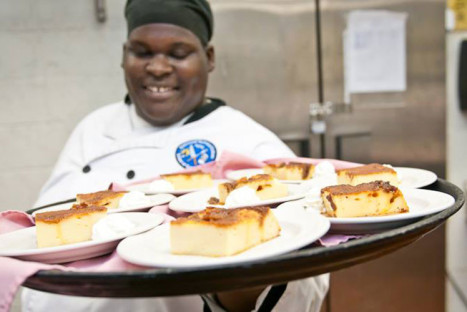 “The St. Augustine Spanish Wine Festival was part of the City of St. Augustine’s master plan for the three-year commemoration leading up to St. Augustine’s 450th Birthday,” says Seraphin. He said the City wanted some kind of food and wine festival, and he was charged with finding the means with which to create and support it.

When asked about the festival giving back to the community, he said the reasons were two-fold. First of all, since it’s a city event, no one wants to use taxpayer money to fund it. Seraphin found private vendors to support the festival and says that attendees and vendors give back to the community, given that their participation allows the festival to donate all proceeds to worthy local causes. So it’s a full circle of community involvement, fully celebrating the city of St. Augustine and its people. You could say he’s done a pretty good job.

Provides you and a guest with access to each event.

What It’s All About

If ever there were a perfect definition and purpose of this festival, it is this, as it appears, word for word, on the festival’s beautiful and informative site: 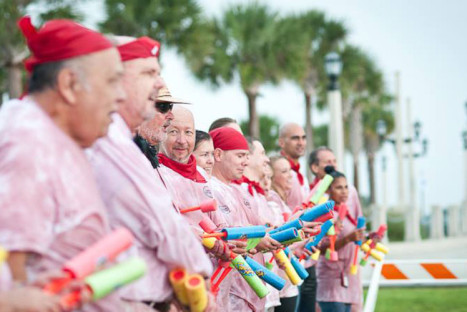 If the above words aren’t the reason to celebrate and to enjoy all the fun, truth and health brought to us by the St. Augustine Spanish Wine Festival, then this writer doesn’t know what is. Truth, health, friends, great times–and a little wine–just might be the perfect recipe for a good, memorable and healthy life. Raise your glass to truth, health, and happiness! Salud!

Disclaimer: Every effort is made to ensure the accuracy of information on City Blog, but please verify hours, prices and important information before embarking on your Old City adventure. Sharing and re-posting this blog is encouraged. Please credit OldCity.com when sharing. Photo credits: St. Augustine Spanish Wine Festival.