Every American school child learns the facts about the first Thanksgiving: Indians, pilgrims, Plymouth Rock, 1621. Right?  Not so fast. The legend we learned in grade school has come into question.

Consider this: St. Augustine, Florida, was founded 56  years before Plymouth Rock. When Spanish Admiral Pedro Menéndez de Avilés landed here on September 8, 1565, he and his crew of soldiers, sailors and civilian passengers held the first Catholic mass in this new land. Meanwhile, the native Timucua Indians watched the ceremony. Afterward, everyone gathered for what appears to be the
first feast between Europeans and Indians on North American soil. The Spaniards brought beans, salted pork, hardtack and that ever-popular St. Augustine beverage, wine. The Indians would have contributed whatever fish and fowl they had on hand, which could have included wild turkey. The inaugural potluck was held in the vicinity of the Mission of Nombre de Dios, overlooking the Matanzas River. 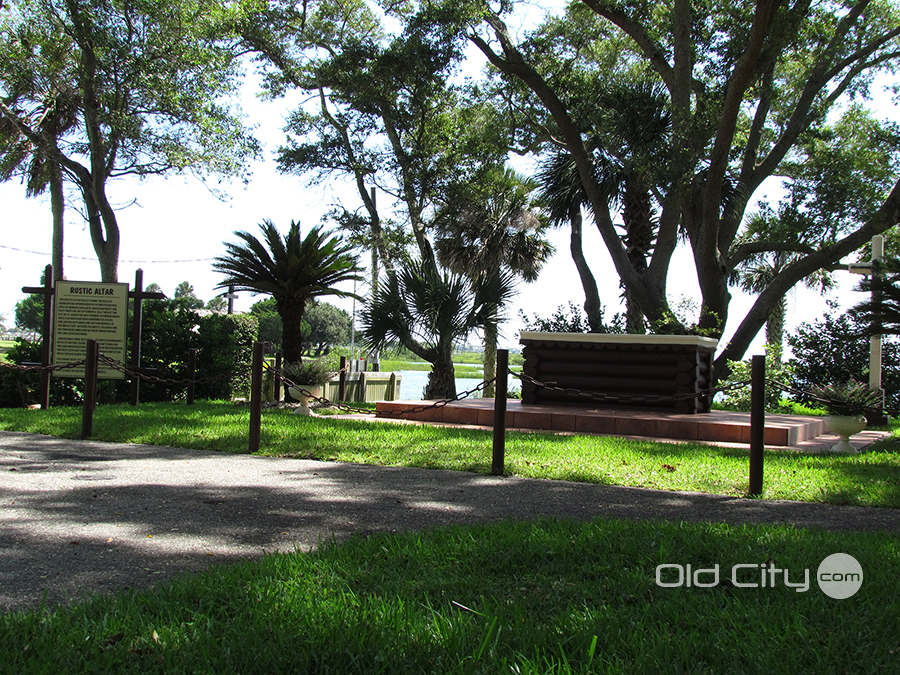 Charles Tingley, the senior research librarian at the St. Augustine Historical Society, believes this first Euro-Native meal was motivated by gratitude for a safe voyage and to honor the founding of a new town. According to Tingley, the Spaniards sang Te Deum Laudaumus, the “Song of Thanksgiving” as part of the day’s activities. “Singing or more likely, chanting Te Deum Laudaumus was a standard operating procedure for Spanish explorers,” Tingley says. Mission Director Eric Johnson concurs. “The 1565 event meets every qualification one would use to define a  Thanksgiving feast.”

This fascinating bit of history was brought to light by two Florida authors. In his book, Cross in the Sand, Dr. Michael Gannon argued that the St. Augustine feast should be considered the real first Thanksgiving. Among his many honors, Gannon is a Distinguished Service Emeritus Professor of history at the University of Florida and a former Mission director.  Inspired by a Gannon lecture and determined to bust the Plymouth Rock myth for new generations of school kids, Robyn Gioia wrote America’s REAL First Thanksgiving, a children’s picture book.


James W. Baker begs to differ with Gannon and Gioia. His book Thanksgiving: The Biography of an American Holiday, states, “despite disagreements over the details” the event in Plymouth in the fall of 1621 was “the historical birth of the American Thanksgiving holiday.”

Regardless of where the experts stand, we can all be grateful that history is alive and well in St. Augustine, Florida.

Insider Tip: Stage your own feast where history happened. Small picnics are permitted on the grassy waterfront area by the Mission parking lot. Grills and tables are not available, bring your own picnic blanket or enjoy the benches.

Disclaimer: While every effort is made to ensure the accuracy of information on City Blog, we recommend that you verify hours, prices and important information before embarking on your Old
City adventure. Sharing and re-posting this blog is encouraged. Please, credit OldCity.com
when sharing. Photo credits: Cecile Browning-Nusbaum, OldCity.com.