The city of St. Augustine received a high honor this week as National Geographic named the city’s Nights of Lights festival one of the Top Ten Place to See Holiday Lights in the world. 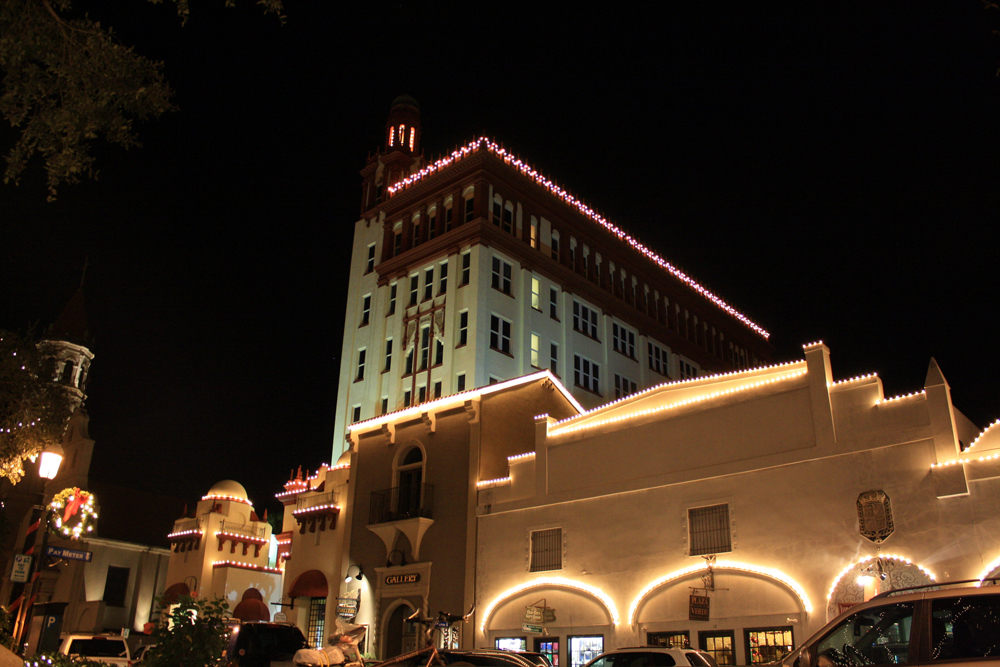 Not the U.S., not North America…the world.

St. Augustine was one of only two places in the U.S. (the other being Callaway Gardens in Georgia) that made the list along with major international cities such as Hong Kong, Vienna, and Madrid. A feature photo of the Lightner Museum, one of the city’s best Nights of Lights vistas, decked out in its traditional holiday glow was included along with the article.

This tremendous honor for the Nation’s Oldest City is a testament to how hard the city works to put on the display each year, which added an additional one million lights in 2011, bringing the total number of tiny white bulbs to three million. The nearly 20 year-old tradition was brought to life by local service organization SerToMa in the eighties, but did not become an official city celebration until a decade later. Since then, it has expanded in size, scope and staying power, now running from the Saturday before Thanksgiving through the end of January.

You can enjoy the Nights of Lights by trolley train, carriage, electric cart or on foot. The decorations also include an enormous Christmas tree in the city plaza surrounded with colorfully wrapped gifts — it’s the perfect spot for a family photo!

We hope you’ll visit us soon to experience one of the world’s greatest Christmas light displays. If you can’t make it this year, start planning your trip for the winter of 2012!